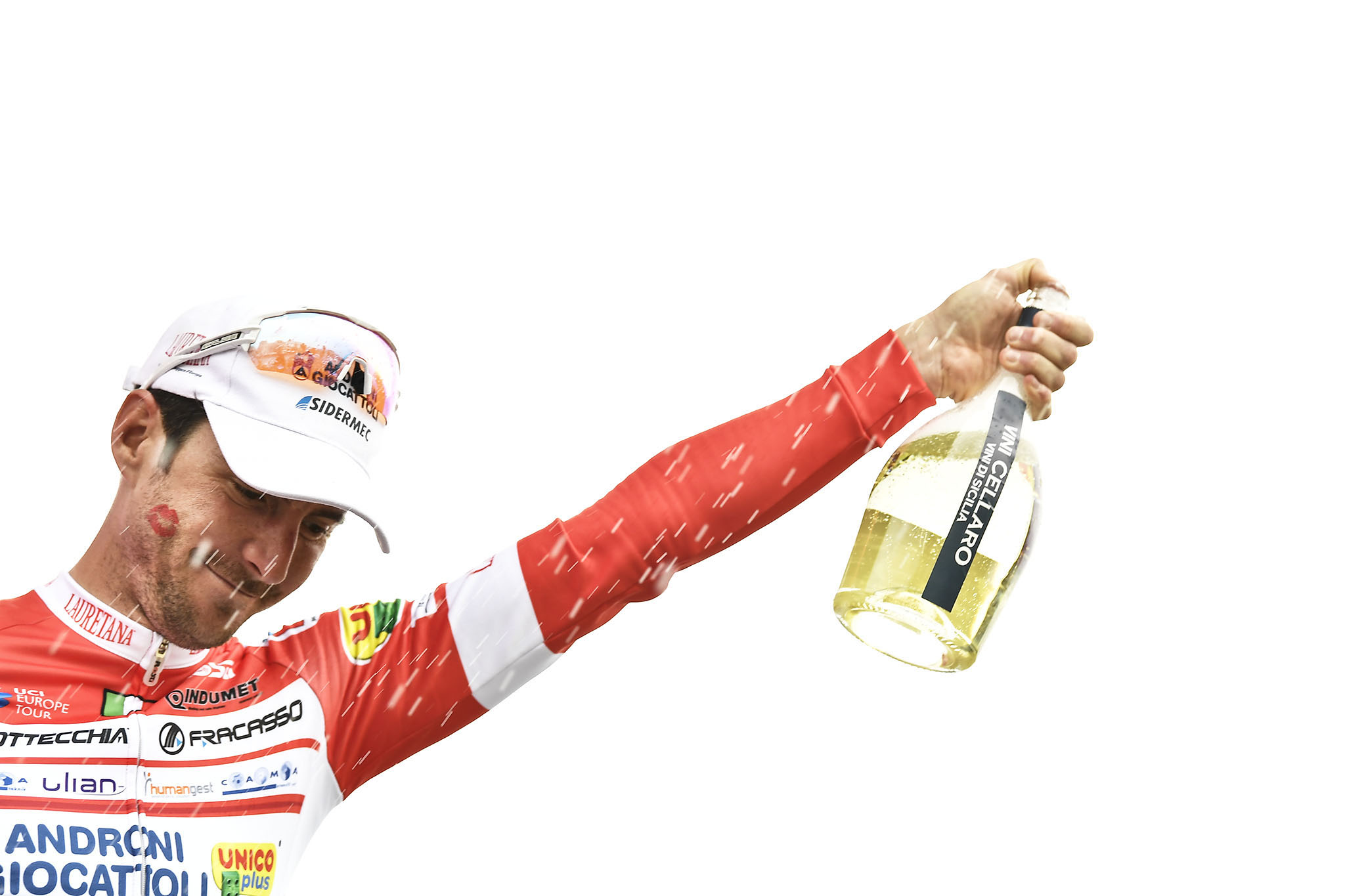 By Simone pozzi 4 April 2019 No Comments

After second place on the stage 1 Milazzo finish, Manuel Belletti (Androni Giocattoli – Sidermec) took his revenge on stage 2 at the finish line in Palermo, beating yesterday’s winner Riccardo Stacchiotti (Giotti Victoria – Palomar). Third on today’s stage podium was Juan Sebastian Molano. Belletti also wears the Maglia Rossa e Gialla of the GC leader: he has equal times and placements with Stacchiotti, and is the most recent stage winner.

Before the quick finish in the capital of the Sicilian Region, the second section of the stage had been animated by a long five-man escape made up of Viesturs Luksevics (A&V Prodir), Diego Pablo Sevilla (Kometa), Andreas Kron (Riwal Readynez), Andrea Toniatti (Team Colpack) and Antonio Di Sante (Sangemini Trevigiani), who were brought back to the peloton with as little as 7km remaining to the finish line. In the final run-in, a number of teams took to the front to put their sprinters in the best possible position.

The race was temporarily neutralized from km 110 to km 125 along the descent after the GPM of Geraci Siculo, to ensure the riders’ safety, given the adverse weather conditions. The final distance of the stage therefore became 219km compared to the 234km previously reported.

The stage winner and Maglia Rossa e Gialla, Manuel Belletti, said: “I am very happy today, firstly because I have repaid the team for the great work done, and, secondly because in yesterday’s sprint, taken by the heat, I started too early and lost out. It was a difficult start to the season when I broke three of my ribs in Argentina and I had to sit still for a while. Now the condition improves in view of our great goal of the season: the Giro d’Italia. I will lose the leader’s jersey but I hope that will be worn by one of my teammates who is aiming for the General Classification.”

This stage runs in the internal part of Sicily with a mixed finale of climbs and descents. It’s a challenging stage with continuous up and downs and an uninterrupted series of curves for the first 120km. The roads have variable widths, with some sections in towns and villages that are cobbled. Once in Vittoria, where the stage flattens for a short distance, the course runs through the towns of Vittoria and Comiso to then face the climb of Serra di Burgio that will lead, after a fast descent, straight to Ragusa for the finale in the city centre.

The last 6km descend all the way to Ibla. Here, the route begins to climb towards the city centre on narrow roads, with stone pavers at some points, and gradients of 3-4% topping out at 12%. In the steepest stretch, the roadway is narrowed but well-surfaced. Over the last 2km, the route descends briefly and then goes up again with mild gradients all the way to the finish. The home stretch is 300m long, on 6m wide, flat and asphalt road.