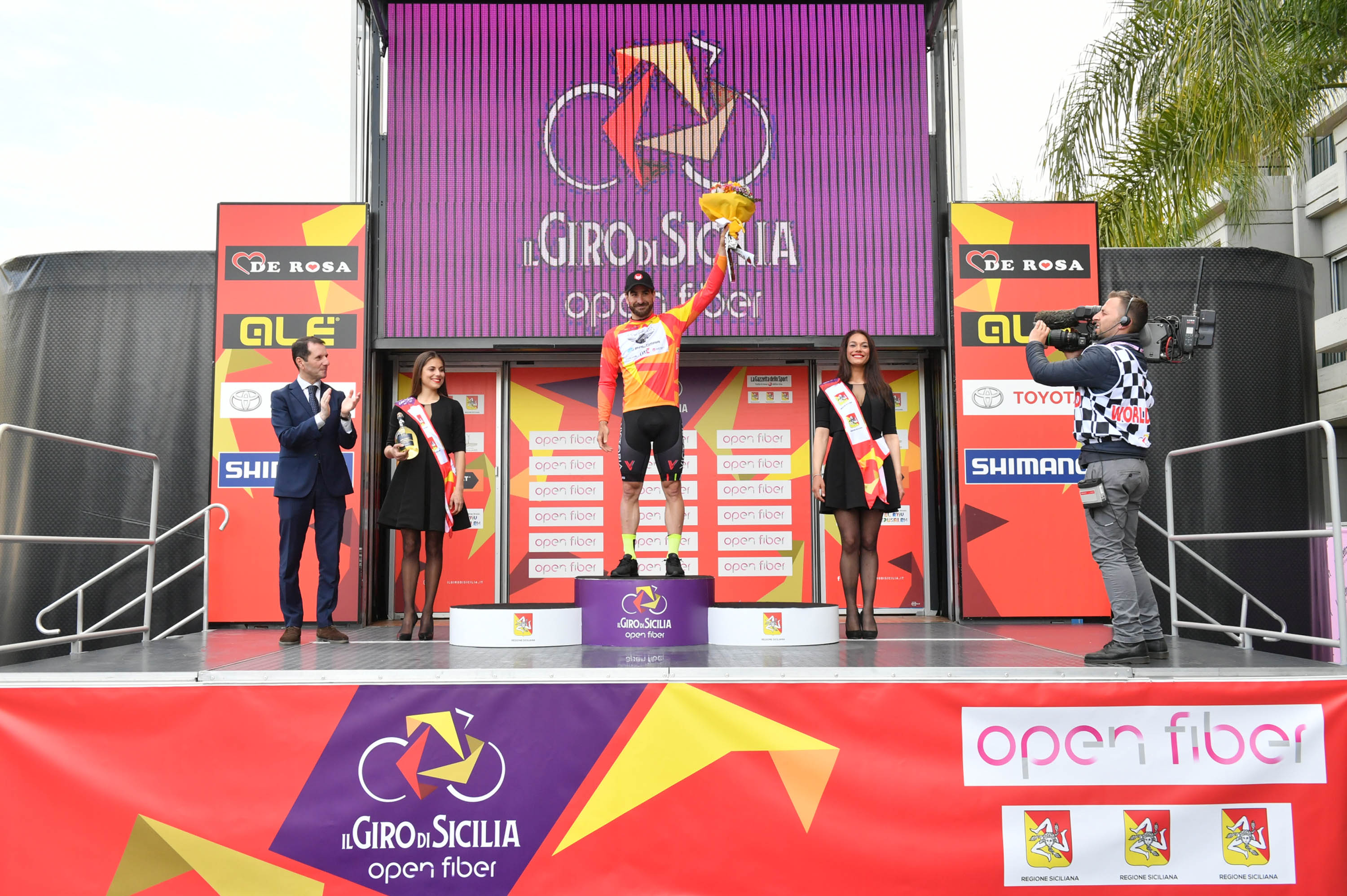 Il Giro di Sicilia is back with a bang

By Simone pozzi 3 April 2019 No Comments

Many spectators on the Sicilian roads for the return of Il Giro di Sicilia, Stacchiotti wins the first stage in Milazzo.

The first bunch sprint of Il Giro di Sicilia crowns Riccardo Stacchiotti (Giotti Victoria – Palomar) ahead of Manuel Belletti (Androni Sidermec) and Luca Pacioni (Neri Sottoli – Selle Italia – KTM), with Stacchiotti also becoming the first leader of the General Classification. The first part of the stage was animated by a long breakaway by Krister Hagen, who went on the attack after 15km along with five other riders, then remained in a solo lead until when there were just over 15km to the finish line. Then it was Androni Sidermec who took control of the race by facing the last few kilometers in the leading positions to launch the sprinter Manuel Belletti but in the last 30 meters Stacchiotti overtook Belletti and raised his arms on Milazzo’s finish line.

The stage winner and first Maglia Rossa e Gialla, Riccardo Stacchiotti, said: “Getting the first victory of my career on Italian soil in this important race is really fantastic! The stage was tough from the start and I have to thank the team that brought me in the ideal position to do my best effort in the sprint. In the finale I followed the right wheel, Belletti, and I gave it my all. Every time I ride my bike or win a race I always think of Michele Scarponi. He taught me so much, not just as a rider but above all as a man. I am from Recanati, a village near Michele’s, and we often saw each other outside the races. I always like to remember him, especially on an occasion like this.”

The Maglia Verde Pistacchio (pistacchio green), Isaac Canton Serrano, said: “I want to thank everyone for this jersey, especially Basso and Contador who are here in Sicily. I’m very happy, it’s a great start for the whole team and being here today on the podium with Basso and Contador is a dream for me. We will try to do our best for the next few days and fight for the General Classification.”

The Maglia Bianca (white), Juan Sebastián Molano Benavides, said: “The team did a great job today but in the end I made a small mistake, I can’t be satisfied, not at all! I have to learn what happened and continue to improve. I hope to do better in the coming days.”

The stage is divided into three separate parts: flat, mountain, then flat again. The first runs along the coast with no particularly difficult sections. The second section is in the island’s internal area with mountains until reaching Geraci Siculo (KOM) followed by Petralia Soprana. A descent towards the coast follows, where the stage continues flat, right until the finish in Palermo.

The stage finale is raced on tarmac, with just a few mild bends and no major obstacles to report. The home stretch is 600m long, on 7.5m wide, flat and asphalt road.