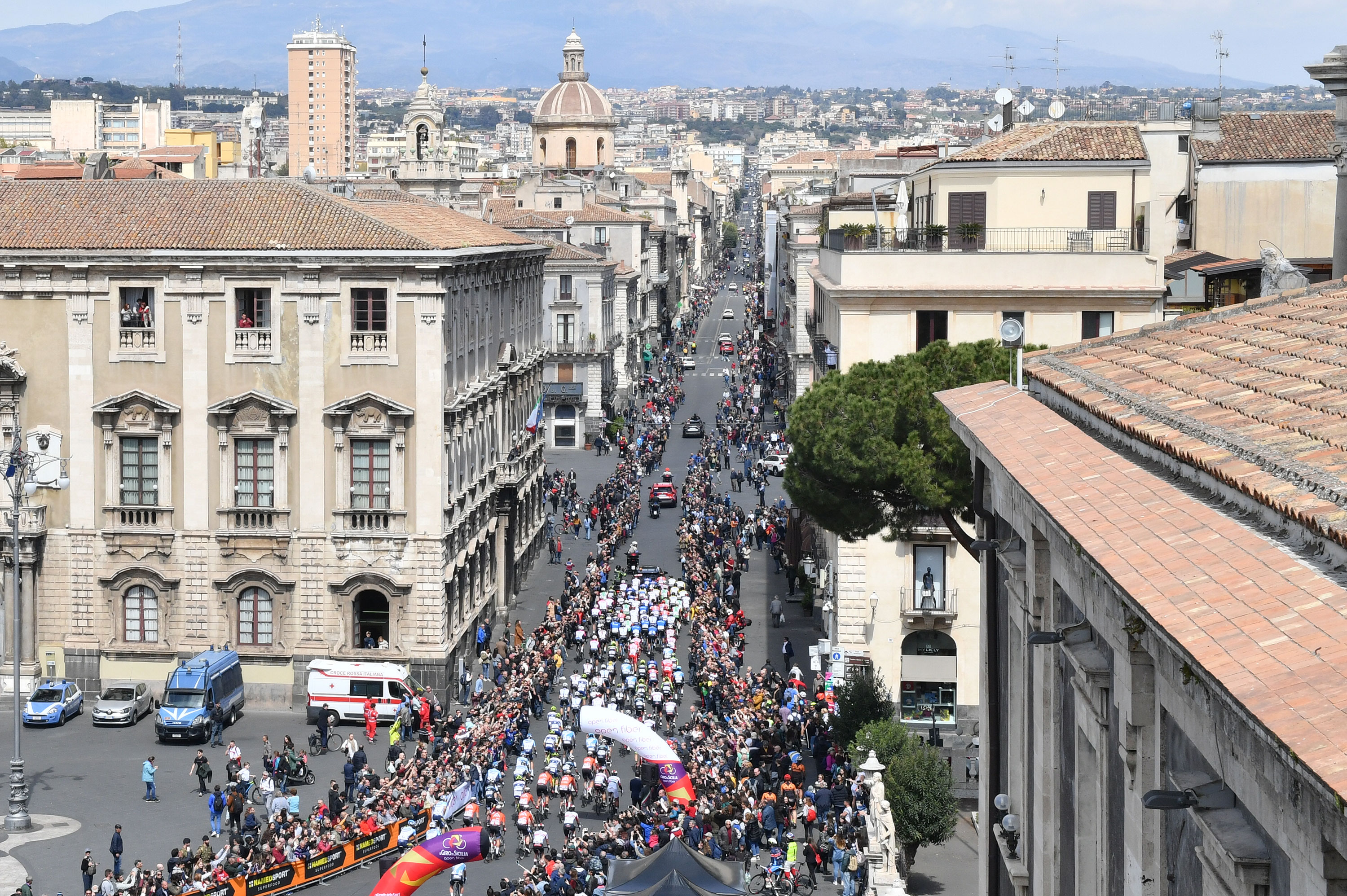 By Francesco Cignino 3 April 2019 No Comments

Stage 1 of Il Giro di Sicilia Open Fiber. The four-stage race, organized by RCS Sport / La Gazzetta dello Sport in conjunction with the Sicilian Region and scheduled from 3 to 6 April, will start from Catania, to end in Milazzo after an almost entirely flat stage with a KOM at 56km from the finale, where a bunch sprint is possible.

After crossing the neutralised zone, the peloton of 123 riders passed km 0 at 12:28.

Maglia Rossa e Gialla (red and yellow), General Classification Leader, sponsored by the Sicilian Region and Maglia Bianca (white), Young Rider General Classification Leader born after 1 January 1994, sponsored by the Ufficio Nazionale Israeliano del Turismo – citiesbreak.com
NOTE: Time bonuses: Intermediate Sprints: 3″, 2″ and 1″ for positions 1, 2 and 3. Finish line: 10″, 6″ and 4″ for positions 1, 2 and 3. One intermediate sprint per stage and a maximum possible 13″ of time bonuses. The maximum possible time bonuses for the whole race is 52″.

Stage 1 – CATANIA – MILAZZO – 165km
An almost entirely flat stage, with the exception of the Colle San Rizzo climb just after Messina. The first part runs along the coast with a few non-challenging climbs and descents, punctuated by the more testing climb up to Taormina. The KOM is on the Colle San Rizzo after Messina, followed by flat roads towards the final 10km, which is raced entirely on the Milazzo peninsula.

Final kilometres
The final 10km run across the Milazzo peninsula, with mild uphill gradients over the first 5km, and then downhill, with short counter-sloping stretches, over the next 4km. The last 2km are on flat roads. The main obstacles along the route when approaching the town centre are typical of those found in urban areas, such as traffic dividers at some crossroads. The finish line lies on an 8m wide tarmac road.