Caruso-Nibali-Pozzovivo: this is a podium that wouldn’t have surprised anyone 10 years ago, but which is fairly striking today. The first is 34 years old, the second 37 and the third 39. Certainly not youngsters, but talent, as you know, is ageless. And it was great to see them fighting on a route that is not usually their favourite, a 700-metre climb where more explosive riders usually stand out rather than pure climbers like themselves. For years they have been competing on roads all over the world, after having had to leave their beloved South to pursue their dream of professional cycling. You could even say they are good friends – Nibali and Pozzovivo live just a few kilometres from each other in Lugano and often train together – and they certainly had a good time today.

However, the three are going through different times in their cycling experience; Caruso, in particular, is probably at the highest point of his career, a peak which began last year when, against all odds, he rode a spectacular Giro d’Italia ending up second. Since then, his pedigree as a rider has gradually grown and today, he has obtained the joy of winning for the first time in his native Sicily, where he still lives. At the moment, he is perhaps the best option for Italian cycling as far as the big stage races are concerned and these victories will certainly give him the chance to ride as captain in some prestigious races with his Bahrain-Victorious team (at the Giro di Sicilia he is riding with the Italian National Team). 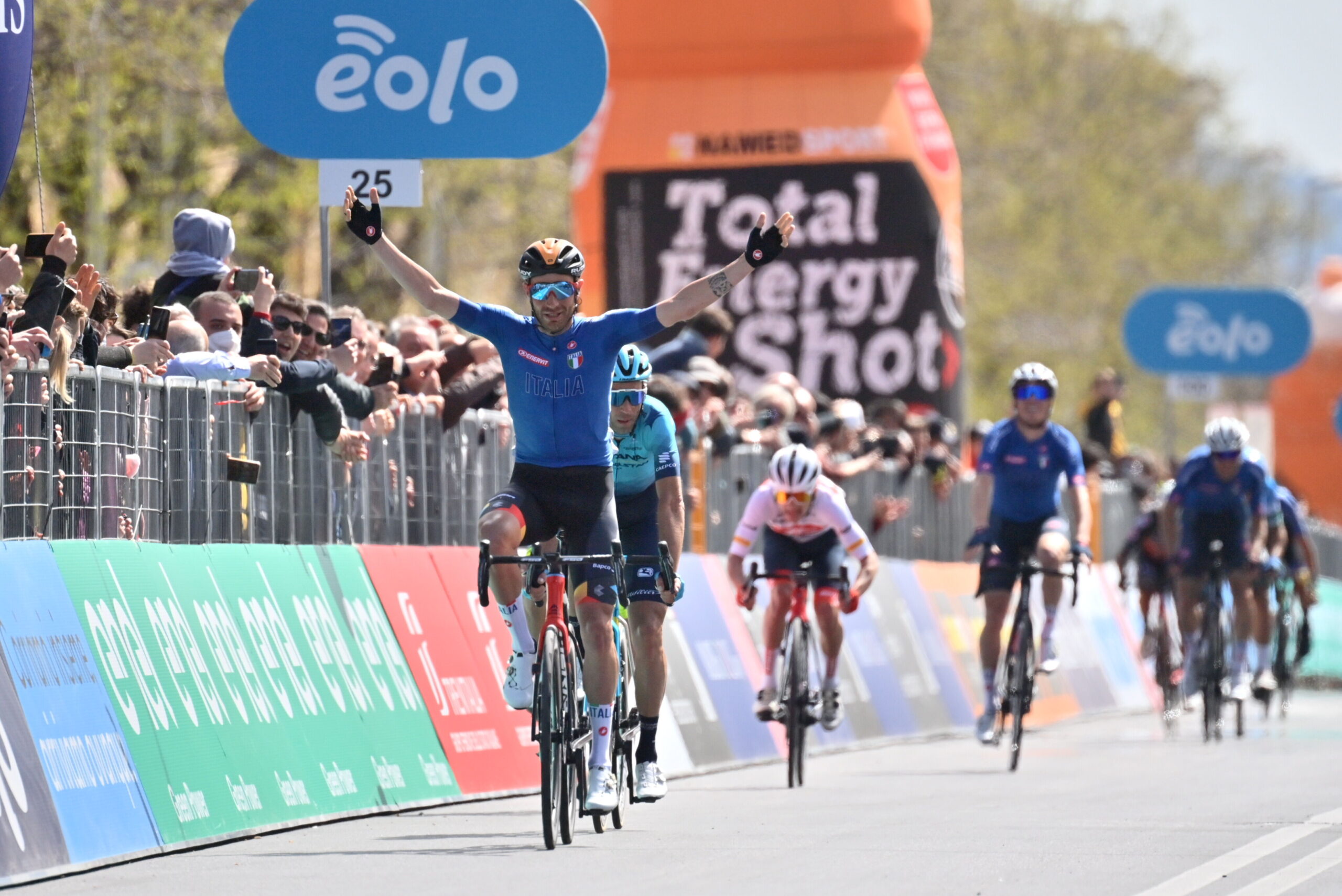 On the other hand, whenever Nibali sets foot in his native Sicily he simply finds himself. It happened last year when he took his first and only victory in the Trek-Segafredo jersey in October, triumphing in Mascali and then in the general classification, and it is happening again this year, with a second place in a stage that dispelled some of his insecurities. The Shark had started the season with a few too many physical problems, including a Covid infection, but he is now back in shape. His aim is to entertain us at the Giro d’Italia, but a man like him has nothing left to prove. Everything he does from here on in will be extra.

And then there’s Pozzovivo, who is now jokingly referred to by many as ‘the bionic man’ because of the dozens of screws he has had in his body over the years, including falls, fractures, operations and relapses. At 39 years of age, these are all reasons that might lead you to hang up your bike, but not Pozzovivo, who keeps coming back and surprising us. Because not only does he come back, but he is also going as fast as he showed today. He is simply an incredible example of dedication to the cause and professionalism.

The old school does not abdicate and on Friday, on Mount Etna, we are ready to enjoy another one of their lessons.