Yesterday’s stage finish left the Giro di Sicilia peloton with a problem. Albanese’s last gasp surprise attack was so nearly succeessful that, 24 hours on, everyone wanted to imitate it, which rather killed the surprise. Add the strength in depth of UAE – Team Emirates, with the dominant sprinter in Sebastián Molano, the dominant lead-out man in Max Richeze – Molano calls him Maxi – and the combined talent of McNulty, De La Cruz, Covi and the rest, and it was difficult to see any other outcome to the stage than the same thing again. Where was the sporting event going to find the necessary sporting suspense? 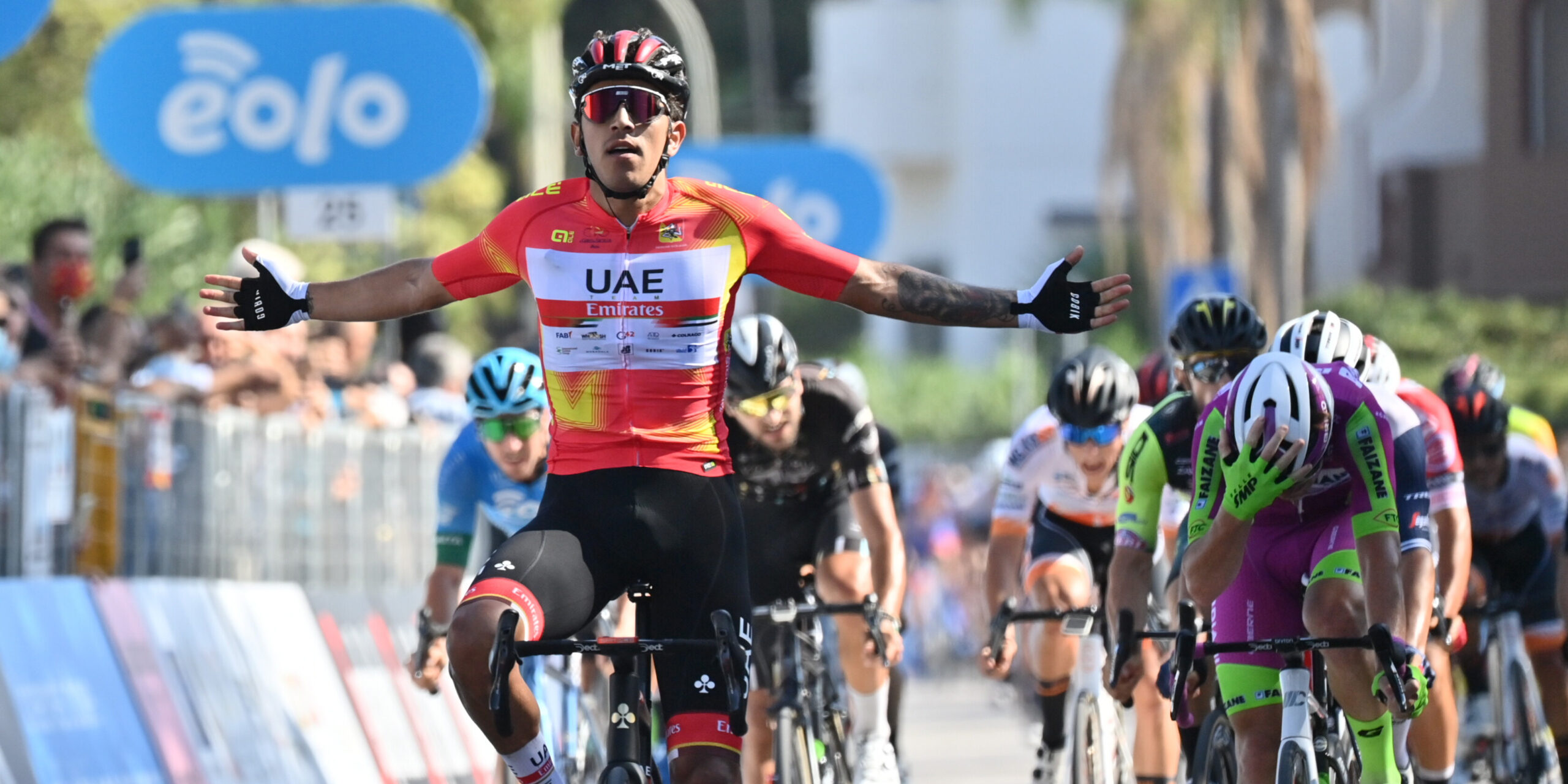 The 6 breakaway riders did their bit, although their chances of winning were always minimal. Palermo-born Filippo Fiorelli (Bardiani-CSF-Faizanè) played his part too, nearly making the most of a rare hometown finish: unable to compete with Molano, he was more than a match for everyone else and crossed the line second.

The movement and colour of the speeding peloton have their own compelling quality, of course. In any case, professional road cycling has always had a social, festive meaning: the completion, in scenes of celebration, of a journey that, for one reason or another, seizes the local imagination. To reduce a race to its purely sporting significance is to miss the point. 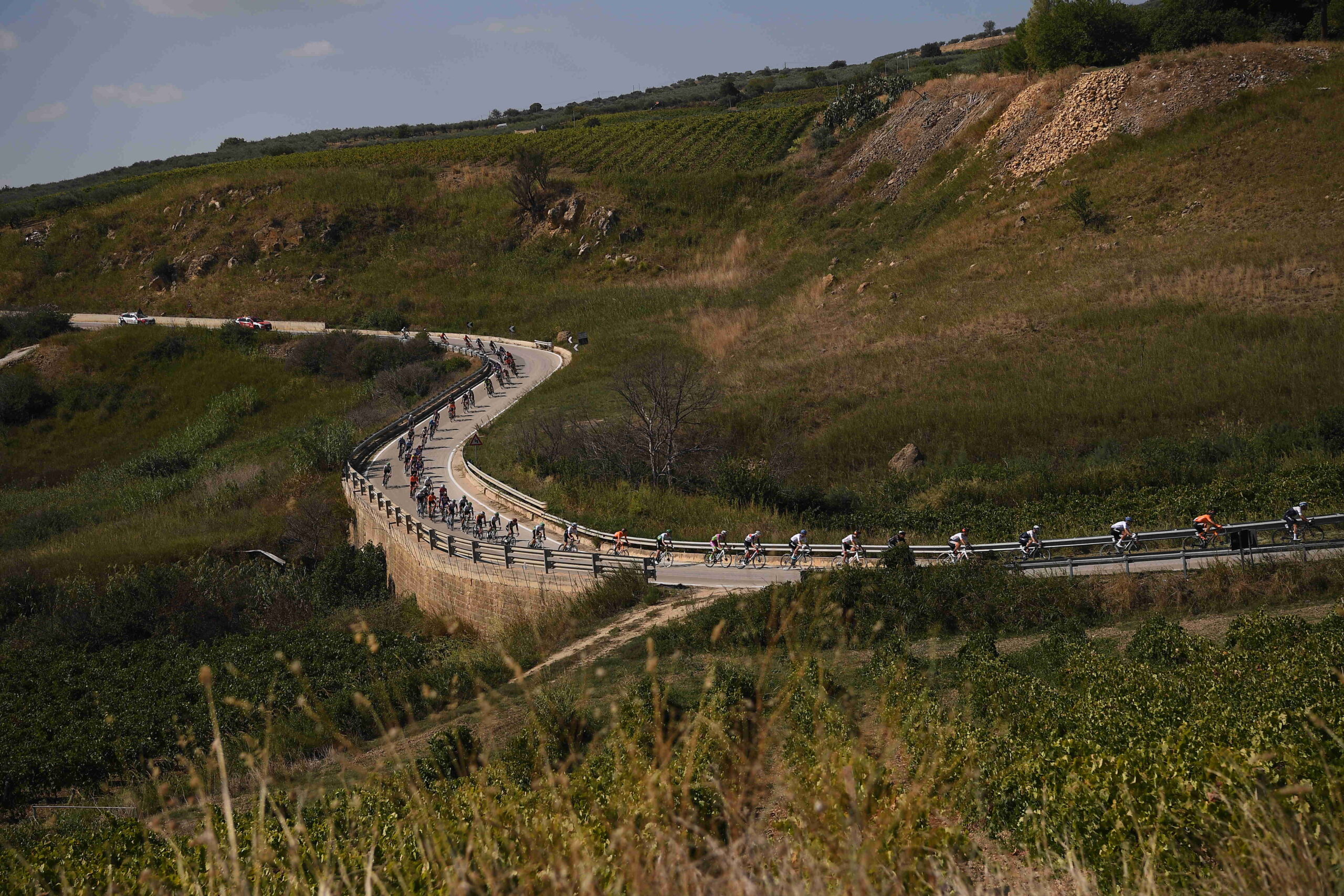 Take today’s stage. The Giro di Sicilia bravely planned a route that confronted several locations known to all Italians, and not just the ancient start town of Selinunte, with its astonishing acropolis and temples to keep the television drones buzzing overhead. The Portella della Ginestra, where the first mountains prize was located, is notorious for the 1 May 1947 massacre by the bandit Salvatore Giuliano, whose gang opened fire on a crowd of peasants gathered to celebrate Workers’ Day, killing eleven. The murderer’s reasoning lay in the desire of the Mafia powers and Sicilian reactionaries to maintain the old balance of power in the new, post-World War Two political and institutional framework.

The intermediate sprint, with 12.5 km to go, was at Capaci, the scene of the notorious, May 1992 bombing that claimed the life of the anti-Mafia magistrate Giovanni Falcone. After the enormous so-called Maxi Trial, the Sicilian Mafia had a tunnel built under Highway A29, close to Capaci, and planted 13 drums crammed with  TNT and Semtex. The massive explosion was timed to kill Falcone, his wife  and three police escort. Two months later, Falcone’s colleague and childhood friend Paolo Borsellino, also a magistrate, was also murdered by Cosa Nostra in Palermo, with all five agents in his escort.

Peopling the roads of these tragedies with the magical, dancing impetus of the peloton, whose preoccupation is nothing more meaningful than winning a simple bicycle race is, it seems to me, a daring and provocative way to confront the forces of history. It is precisely the joyful frivolity, the youthful meaninglessness, that reveal the spiritual vacuity of the violence and vested interests that have for years despoiled this enchanted island. Today’s stage route led only to laughter and celebration, and did so, regardless of who crossed the finish line first. Sebastián Molano celebrates tonight, but all of Sicily wins, and that is cycling’s magic.